Are your network device configurations anything but standardized? Does standards compliance, whether internal to your company or external like HIPAA or SOX, keep you awake at night? Join Destiny Martin, along with Head Geeks Patrick Hubbard and Leon Adato, as they dive deep into SolarWinds® Network Configuration Manager (NCM) customizations, including creating policy checks, rules, and templates, and using them to help ensure that your network devices are safe, stable, and standardized. 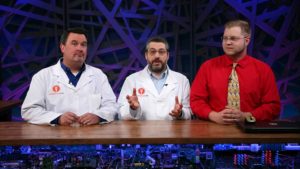