You may think of yourself as only a network administrator, but if you're making production changes outside of scheduled maintenance windows, you're DevOps. If you're managing cloud and DevOps processes, putting best practices in place will allow you more flexibility and reduce the risk that you'll have to stay late at the office. In this episode, the Head Geeks introduce DevOps advantages, using cloud services from Pingdom® and Librato® as examples. Patrick Hubbard talks with Cloud Manager, Gerardo Dada, about the future of SolarWinds cloud products. The Head Geeks also demo the new Pingdom mobile client and demo automated monitoring Minecraft servers in the cloud. 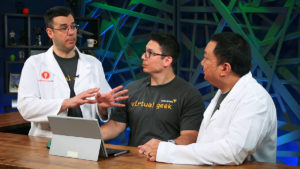