Fix what ails your SolarWinds® environment. Tech Support specialist Jason Ferree joins Head Geeks Leon Adato and Patrick Hubbard as they show you how to keep your SolarWinds environment healthy. Dig into SolarWinds log files, learn how to avoid installation and upgrade issues, and even learn how get your support tickets answered faster! Plus, get a super-secret peek into the UX design process with a wireframe for a different Orion® UI.

Read why modernization is mission critical for the public sector as we approach “the next normal” in this… t.co/cwL1o0VKEY

SQL server performance problems? Try these five troubleshooting tips to get back on track. t.co/nPvYVjHTT9 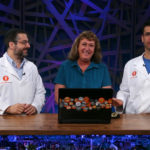