Whether you’re curious if flow monitoring might be helpful, or you’ve been coalescing IPFIX streams of network-activity goodness for years, IT’s reliable, old hand has learned a few new tricks. In this episode, Head Geeks™ Patrick Hubbard and Leon Adato are joined by Principal Product Manager for NetFlow Traffic Analyzer, Joe Reves, to revisit the basics and rediscover why network engineers use flow monitoring in the first place. They'll discuss how it’s configured, and examine the differences between NetFlow, J-Flow, sFlow, and other protocols. Find out when to use basic flow monitoring, traffic sampling, 95th percentiles, and traffic-based rules to see what’s really happening on your network. Times have changed and, believe it or not, flow monitoring has, too. 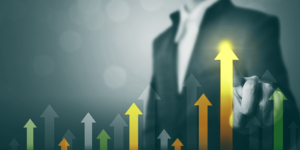