Installing IT packaged applications has changed over the decades, from floppies, to CDs to, to downloads, to flash. You grab the binaries, configure dependencies, install, and smoke-test. But all that takes time, especially if you've got to procure hardware, get into the correct subnet, or find space on an underused load balancer! Public cloud, like Microsoft Azure, changes the game. Increasingly, software vendors - including SolarWinds - are making the apps we depend on available in cloud marketplaces. In this episode, Microsoft Senior Cloud Advocate Pierre Roman joins SolarWinds Head Geek™ Patrick Hubbard and Sacha Dawes, Director, Product Marketing to discuss SolarWinds products available on the Azure Marketplace. You’ll learn how easy it is to install and configure SolarWinds products to run on Azure; operations practices to make them run their best; and (most importantly), how to centrally monitor and adjust resource provisioning to ensure that you are operating within your budget. 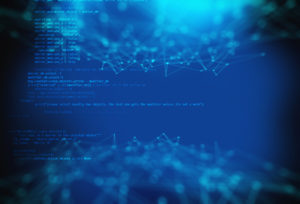 Maintaining a Secure Environment: Best Practices for Design and Deployment What Is Change Management? A Quick Overview for ITSM Pros