Fortifying your Networks Against the Coming Internet of Things (IoT) Tsunami We all know that security concerns go hand in hand with IoT. Here's an interesting article from my colleague Joe Kim, in which he suggests ways to overcome the challenges.

Agencies should not wait on IoT security

The U.S. Defense Department is investing heavily to leverage the benefits provided by the burgeoning Internet of Things (IoT) environment.

With federal IoT spending already hitting nearly $9 billion in fiscal year 2015, according to research firm Govini, it’s a fair bet that IoT spending will continue to increase, particularly considering the department’s focus on arming warfighters with innovative and powerful technologies.

Security risks exist that must not be overlooked. An increase in connected devices leads to a larger and more vulnerable attack surface offering a greater number of entry points for bad actors to exploit.

While the BYOD wave might have been good prep for a connected future, the IoT ecosystem will make managing smartphones and tablets seem like child’s play. To quote my colleague Patrick Hubbard, “IoT is a slowly rising tide that will eventually make IoT accommodation strategies pretty quaint.” That’s because we are talking about many proprietary operating systems that will need to be managed individually.

DHS has acknowledged the problems that the IoT presents and the opportunity to address security challenges. Furthermore, the DoD is making significant strides to fortify the government’s IoT deployments. In addition to DoD’s overall significant investment in wireless devices, sensors and cloud storage, the NIST has issued an IoT model designed to provide researchers with a better understanding of the ecosystem and its security challenges.

The government IoT market remains very much in its nascent stage. While agencies might understand its promise and potential, the true security ramifications must still be examined. One thing’s for certain: Agency IT administrators must fortify their networks now.

A good first step toward meeting the security challenges is through user device tracking, which lets administrators closely monitor devices and block rogue or unauthorized devices that could compromise security. With this strategy, administrators can track endpoint devices by message authentication code and internet protocol addresses, and trace them to individual users.

In addition to tracking the devices themselves, administrators also must identify effective ways to upgrade the firmware on approved devices, which can be an enormous challenge. In government, many firmware updates are still executed through a manual process.

Simultaneously, networks eventually must be able to self-heal and remediate security issues within minutes instead of days, significantly reducing the damage hackers can cause. NSA, DHS, and Defense Advanced Research Projects Agency have been working on initiatives, some of which are well underway.

While the challenges of updates and remediation are being addressed, administrators must devise an effective safety net to catch unwanted intrusions. That’s where log and event management come into play. Systems automatically can scan for suspicious activity and actively respond to potential threats by blocking internet protocol addresses, disabling users, and barring devices from accessing an agency’s network. Log and event management provide other benefits, including insider threat detection and real-time event remediation.

Regardless of its various security challenges, the IoT has great promise for the Defense Department. The various connections, from warfighters’ uniforms to tanks and major weapons systems, will provide invaluable data for more effective modern warfare.

Find the full article on SIGNAL. 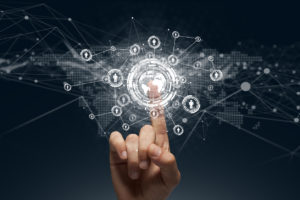 Cloud Connectivity: Not as Simple as You Thought Facilities as a Service Provider: It’s More Than Light Bulbs