“In the beginning was the word” … oops, “the cloud." Long ago "cloud" was a buzzword, especially when it was a cool word that one knew exactly what it meant. Many companies made investments with an eye for the future, focused on high-profile technologies, betting on the success of the cloud. Other companies drove their investments conversely to more reliable traditional solutions. Today the attention is focused on moving these old-fashioned, but profitable (and fragile) applications, to cloud native applications. The challenge is how to provide these applications the right amount of resources. This appears to be a difficult task because it isn’t simply a matter of quantity of resources. Legacy applications are built to run in a traditional architecture, usually monolithic and rigid. The kind of traditional “create, install, run, and forget it,” solution is on for a field for highly vertical specialists that seem to be going away. MIGRATE OR REPLACE? Who should make the decision on this migration? A more important decision to make might be: is it worth it to re-code these applications, or is it more convenient in terms of time, money, and features to code them from scratch? Or just move to a cloud-native application instead? I think that the second option would be a best choice. It is true that it will ask for more resources, but once in production it will present several benefits: weekly (or even daily) upgrades to fix any bugs or provide new features, performance, running natively on cloud components, flexibility, and accessibility to several different device types (tablets, phones, different OS/browsers). All these benefits could also be gained by recoding the old legacy app, but would it be worth it in the long run? The core of the app is still the original one, built with a traditional architecture in mind. And are we sure that the cost of re-coding will be less than the one required to move to a new native app? Let’s consider the training that users will need to use the new app as a cost that will be offset by hyper-specialists no longer being required to maintain a legacy app. Usually the companies most resistant to a cloud native application replacing a legacy one are banking institutions, insurance companies, and healthcare. These organizations are all bound to solid and long time-tested applications, no matter how inefficient, but tested. By tested I mean including bugs (known ones and accepted ones) because solving them would mean a huge effort in terms of cost for development and time loss for services being down. EDUCATE MANAGEMENT CREW If you make these operators understand the benefits of a cloud native application, especially involving the management team because of their leadership of the technical teams below them, you did the best job you could. After this, it's a matter of time because word moves fast in their vertical environments. Outside of those, verticals things tend to slow down. For all the cases where companies still reject this kind of app, there’s still the so-called “lift and shift": keeping legacy apps and moving them to a virtualized infrastructure. It’s a smooth step to push them to the “new world.” From that starting point it could be simpler to expose to management the benefits of virtualization and, going forward, presenting a scenario they could move into the future, as in a serverless environment. But this last step should be taken only if the people you’re talking to are technologically advanced, otherwise they could just be scared from the “unknown” and simply decide to put all the stuff back to the original site. BE SOBER In any case, our task is like walking on eggshells—presenting new solutions, keeping an eye on the emotional part of the people you’re talking to, and not being too enthusiastic, but looking professional, responsible, and balanced, speaking not only about benefits, but also (and in some cases, especially) about risks keeping beside the solution for any of these risks.
Share: 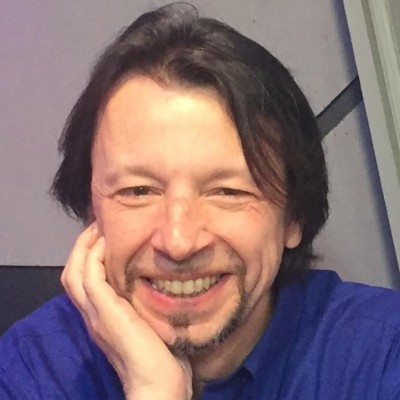 Who Protects the Protectors? Software Updates in the IT Stack: (Not) a Game of Jenga