Observability Networks Systems Database
Security Applications ITSM
Home > Cloud Migration Is No Drama – Or Is It?

Cloud Migration Is No Drama – Or Is It? Great! You’ve made the decision to migrate to the cloud. What should be the first step towards that goal? The answer is: defining a cloud migration team that understands the vision, has skilled members to carry out required tasks, and is available to contribute as and when required. The best compliment for an IT team is invisibility. It’s a sign of a well-oiled machine that provides everything that a business needs, anticipates problems, and rectifies them before they occur. A cloud migration team is no different. It typically consists of members from various business units from within the company (although external skilled consultants can also be brought in) who are aligned to very specific and clearly-defined roles. If done correctly, even the most complex landscapes can be migrated with ease and transparently. Think of the whole process as a drama: there’s a plot and colorful characters that play specific roles. There are ups and downs during the whole process. Occasionally, people get emotional and tantrums are thrown. The main thing is that by executing their role well, each team member works towards a happy ending, and by playing their part faithfully, that’s exactly what they get.

The main character of this drama is the cloud architect. Appointing someone to this role early is essential. Leading the mission, this person is proactive, defines the scope and strategy, and identifies the wider team that will contribute towards a successful migration. A great source of contributors is the group of stakeholders from the business, platform, security, and operation functions, who by now are already sold on the idea. That would indeed be the case if management has gone through evaluating the business need to go to the cloud and was part of the approval process. Not only can they provide resources to the project, but they also have the unique view from their own functional groups’ perspective that ensures all important bases are covered. Commonly seen as the villain, the project manager is an extremely important role that keeps the cloud architect and other players on the straight and narrow. This role is not just about making a schedule and keeping everyone on time, but also to help prevent scope creep and foresee resourcing issues. It’s easy to forget the “understudy,” but we are all humans and can fall ill unexpectedly—sometimes for long periods. People can also switch jobs. That can have a major impact on progress, especially if that person held an important role. Once the process starts, it’s important to keep the momentum going. That is made possible by having multiple people shadowing key roles where possible.

Nobody wants a bad actor in a drama. It can annoy the audience and derail the entire performance. Team members not suitably skilled for the role they’re assigned are likely to underperform and drag the whole team to a standstill. That said, everyone wants to be a part of something special, and often, they are prepared to put the extra effort in to learn new skills. Career development and a sense of achievement by being part of a success story is a great motivator too. The key is to identify the gaps early and send team members to appropriate training as soon as possible. The sooner this step is taken, the less pressured they feel when the project starts, and they can provide valuable input to important decisions early in the process.

Imagine what would happen if a character drops out from a performance every now and then. Worse, if more than one does it. Would that play be a success? The same is true for a cloud migration project. While it can be a huge drain on a company’s resources, the commitment to provide the personnel necessary to carry out assigned tasks all the way to the end, is critical before embarking on that journey. Not doing so creates huge dependency issues that are hard to resolve and forces the entire schedule to go out of shape. The day job doesn’t stop with a project like this, but a portion of time should be committed and prioritized. It’s almost impossible to commit resources full-time to a project, but as long as availability issues are communicated clearly and well in advance, the team can work around it.

The success of a migration project is highly dependent on the people assigned to the project. It is something that is interesting but also challenging at the same time. Delivery of a high-quality migration with minimal or no disruption requires a skilled team, clear roles and responsibilities, and the time commitment to think and plan properly. Most importantly, we all know the magic that happens when all the characters are having fun. That production always becomes a knockout success.
Share: 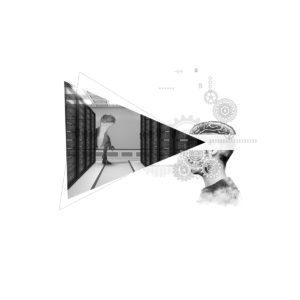 Seeing IT Differently: Why IT Vendors Must Evolve