When considering network choices for IoT devices, a common choice is LTE. As 5G deployments cover more areas, technologies like Narrowband Internet of Things (NB-IoT) will become available for adoption. The technology is a compelling choice. Great (LTE) coverage, fantastic roaming capability, and the ability for clients to sleep for long times while staying connected are all strong arguments. But there are also strong arguments against: run-time cost, limited bandwidth, and, most importantly, lack of control of the data. In enterprise environments, we must be able to account for the network paths and access to control. The decision to deploy LTE devices requires creating VPN access policies, MDM policies, and still acknowledging the enterprise isn’t entirely in control of its data. The problem gets worse if the application has high bandwidth requirements or stringent policies around how the data is handled due to HIPAA, PCI, or other regulation. What if there was an alternative? What if it was possible to use LTE and 5G capable devices on a privately owned, managed, and operated network where full device and data control was possible? What if that network also included other features of LTE like large cell areas and incredibly fast roams? Welcome to the world of unlicensed LTE and in the U.S., Citizens Broadband Radio Service (CBRS). Currently, there’s a lot of testing and discussions around the globe around unlicensed LTE, including which frequencies to use, how to license, and so on. For that reason, we’ll focus on CBRS, the U.S. standard, which has been fully approved and licensed by the FCC. To understand CBRS, let’s look at the underlying system architecture. eNode Bs are the access points of LTE. Those connect back to an evolved packet core (EPC), which hands off data in much the same way a WLAN controller might. Those two components exist inside the corporate LAN. Security policies and traffic enforcement apply to all client data traversing from the EPC to the LAN. Once it’s on the LAN, we can further segment, control, and apply policy. So, we know CBRS gives us control of our data. But why else should we consider CBRS? CBRS has much larger cell coverage than a 2.4 or 5GHz network. CBRS clients are limited to a max output of 23dBm. That’s 200mW, nearly 10dBm higher than the average Wi-Fi client. The power is also more efficiently used, as standard CBRS channel widths are 10, 20, and 40MHz with clients using only a few subcarriers on each channel. Further, a typical design threshold for LTE cell edge is -90dBm, and a client can stay connected and pass data down to -120dBm. Those capabilities provide for approximately four times the coverage of a standard Wi-Fi AP. Outside of superior coverage, LTE clients must meet a rigorous set of requirements as set by the carriers and the 3GPP. When compared to the requirements put in place by The Wi-Fi Alliance, it becomes obvious why LTE clients are better behaved and more capable. At every frustration point for Wi-Fi clients, LTE clients are superior. Roaming while moving can successfully take place at over 100 mph! When the enterprise owns the LTE network, new capabilities open up. If vehicle-mounted computers are connected via a carrier network, no one would ever dream of pushing a Windows update to them. The expense and the time it would take over the internet and carrier network are too high. However, if connected to an enterprise owned CBRS network, updates are within a reasonable network service. Finally, a CBRS network uses a SIM for provisioning. A device is provisioned on the network before it can participate. That provisioning process ensures access control to the network, and security once connected. This model is similar to EAP-TLS in Wi-Fi, where each client authenticates with a certificate. As more IoT devices become LTE capable, it’s worth noting whether they’re CBRS capable. CBRS uses a frequency range at 3.5GHz, referred to as Band 48. Any Band 48-capable LTE device is CBRS ready. CBRS gives control of LTE to enterprise customers. Its capacity and coverage capabilities make it a compelling choice for IoT solutions.
Share: 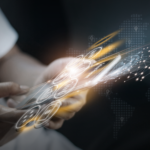 Troubleshooting Tips for Your Office 365 Environment