The Effects of Software-Defined IT on Admins and Engineers When it comes to networking specifically, software-defined networking is a model in which the use of programmability allows IT professionals to increase the performance and their ability to accurately monitor the network. This can be also seen in server environments as well. By harnessing the ability to program specific custom modules and applications, users are able to take the standard functions of their systems and drastically increase the range of what they are able to do. These abilities can generally be summarized into three major areas: monitoring, management, and configuration. MONITORING Monitoring networking and other systems performance and uptime is something that admins and engineers alike are no stranger to. In the past, monitoring tools were limited to using ICMP to detect if a system or device was still on the network and accessible. Software-defined IT expands the possibilities of your monitoring. This can be done with a standard, modern monitoring toolset or something that you custom code yourself. Here’s an example. Say you have a web application. It remains accessible via the network with no interruption. A database error pops up, causing the application to crash. But the device itself is still online and responding to ICMP traffic. By using a software-defined mentality, you can program tools to check for an HTTP response code or if a certain block of code loaded on a web application. This information would be far more valuable than simply if a device responded to ICMP traffic. Admins could even program their scripts to restart an application service if the application failed, potentially taking the need for human intervention out of the loop. MANAGEMENT This is an example that I think is already here in a lot of networks today. Take the virtual machine environments that a lot of enterprises utilize. The software systems themselves can manage virtual servers without the need for human intervention. If a physical server becomes overloaded, virtual servers can be moved to another physical host seamlessly based on preset variables such as CPU and memory usage. Using software-defined techniques allows for the management of systems and devices to take place without the need for an admin to A., recognize the issue, and B., respond accordingly. Now, in the time that it would take for an admin to recognize an issue, the system can respond to an issue automatically with preconfigured response actions. CONFIGURATION The last category that software-defined techniques can help admins and engineers with is configuration. Here’s another example. Your company is now using a new NTP server for all of your network devices. Normally you would be responsible for logging in to every device and pointing them to the new server. With the modern software-defined networking tools that are available, admins can send the needed commands to each network device with very little interaction needed. Tasks like this that would potentially take hours, depending on the number of devices, can now be done in minutes. The fact is, admins and engineers are still responsible for the ultimate control of everything. The tools that are available cannot run on their own, without some help. During initial configuration and programming of any scripts that are needed, the admins and engineers are responsible for knowing the ins and outs of their systems. Because of this, the common argument that software-defined IT will cut the need for jobs can be easily negated by this fact. Anybody that has configured a software-defined toolset can attest to this. These tools are simply there to streamline and assist with everyday operations.
Share:

Kevin Blackburn
Kevin Blackburn is a Senior Network Engineer based near Akron, OH. Through his employment and personal study, Kevin has worked with mainly Cisco equipment day-to-day…
Read more 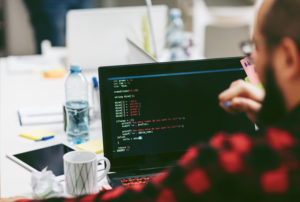