IT pros are discovering a smarter way to manage servers.​ In this episode, Microsoft Cloud advocate Phoummala Schmitt (@ExchangeGoddess), Head Geek™ and 10-year Microsoft MVP Thomas LaRock, and Head Geek Patrick Hubbard present a special deep-dive into Azure monitoring, hybrid IT/cloud operations, and assuring great services, regardless of where they live. Learn how to break down remote monitoring barriers, get a telemetry plan in place before apps move, manage cloud costs, throttle Dev sprawl, and more. We’ll also cover the new Server & Application Monitor (SAM) templates for Azure and Office 365, including SharePoint, OneDrive, Skype, Teams, Dynamics, and account activation. Your live Azure operations questions were great in chat, and this is just one more episode powered by YOU. 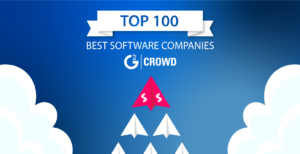