Observability Networks Systems Database
Security Applications ITSM
Home > What Makes a Good Project Manager? Why a Big Project Without a Great PM Is Bound to Fail

What Makes a Good Project Manager? Why a Big Project Without a Great PM Is Bound to Fail The bigger the project, the more risk there is. Any decent-sized project needs a professional project manager to run it and help mitigate that risk. When it comes to big projects, great project managers are worth their weight in gold. Over the years, I’ve worked with some horrible project managers and some fantastic project managers. So, what makes a good project manager? A successful project manager will do several things to help keep the project on schedule, including: One of the best experiences I had with a project manager was back when SQL Server 2005 was released in November 2005. We pitched to management to upgrade the loan origination system at the company from SQL Server 2000 to SQL Server 2005. The project manager was fantastic, bringing in development and business resources as needed to test the system prior to the upgrade. The part that sticks out in my mind the most is the night of the upgrade. For other projects with different project managers, the managers would leave by 6 p.m. no matter what. For this release, the project manager came in later in the day with the rest of the folks on the project, and stayed until 4 a.m. while we did the release. When the team needed to order some dinner, our project manager made sure everyone got dinner (and that vegetarians got vegetarian food) and that anything we needed was taken care of. Even though this release went until 4 or 5 a.m. (I don’t remember exactly when we finished), this release went shockingly easy compared to others of which I’ve been a part. On the flip side, I’ve had plenty of project releases that were the exact opposite experience. The project manager collects status updates every week from team members, and the weekly project status meetings are just basically regurgitating these updates back to the rest of the team. When it comes to release night, the project manager in many cases was nowhere to be found, and sometimes unavailable via email or cell phone. This made questions or problems with the release difficult if not impossible to solve. When projects don’t have a good project manager guiding them to completion, it’s easy for the project to fail. On numerous occasions, I’ve seen IT team members attempt to step into the role of project manager. This means someone is filling this role on a part-time basis, which means the project management isn’t getting the full attention it deserves. Having someone not focused on the details means tasks are going to fall through the cracks and things that need to be done aren’t done (or they aren’t done in a timely fashion). All of this can lead to the project failing, sometimes in a rather spectacular or expensive way; and a failed project, for any reason, is never a good thing.
Share: 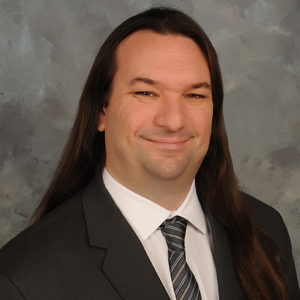 Which Infrastructure Monitoring Tools Are Right for You? On-Premises vs. SaaS