Security concerns over the Internet of Things (IoT) are growing, and federal and state lawmakers are taking action. First, the U.S. Senate introduced the Internet of Things Cybersecurity Improvement Act of 2017, which sought to “establish minimum security requirements for federal procurements of connected devices.” More recently, legislators in the state of California introduced Senate Bill No. 327, which stipulated manufacturers of IoT devices include “a reasonable security feature” within their products. While these laws are good starting points, they don’t go far enough in addressing IoT security concerns.

Connected devices all have the potential to connect to the internet and local networks and, for the most part, were designed for convenience and speed—not security. And since they’re connected to the network, they offer a backdoor through which other solutions can be easily compromised. As such, IoT devices offer tantalizing targets for hackers. A single exploit from one connected device can lead to a larger, more damaging breach. Remember the Target hack from a few years ago? Malicious attackers gained a foothold into the retail giant’s infrastructure by stealing credentials from a heating and air condition company whose units were connected to Target’s network. It’s easy to imagine something as insidious—and even more damaging to national security—taking place within the Department of Defense or other agencies, which has been an early adopter of connected devices.

When security managers initiate IoT security measures, they’re not only protecting their devices, they’re safeguarding everything connected to those devices. Therefore, it’s important to go beyond the government’s baseline security recommendations and embrace more robust measures. Here are some proactive steps government IT managers can take to lock down their devices and networks. The Internet of Things Cybersecurity Improvement Act of 2017 specifically requires vendors to make their IoT devices patchable, but it’s easy for managers to go out and download what appears to be a legitimate update—only to find it’s full of malware. It’s important to be vigilant and verify security packages before applying them to their devices. After updates are applied, managers should take precautions to ensure those updates are genuine. Being able to monitor user sessions is key. IoT devices may not have the same capabilities as modern information systems, such as the ability to maintain or view log trails or delete a log after someone stops using the device. Managers may need to proactively ensure their IoT devices have these capabilities. Managers should employ IoT device threat monitoring to help protect against these and other types of intrusions. Continuous threat monitoring can be used to alert, report, and automatically address any potentially harmful anomalies. It can monitor traffic passing to and from a device to detect whether the device is communicating with a known bad entity. A device in communication with a command and control system outside of the agency’s infrastructure is a certain red flag that the device—and the network it’s connected to—may have been compromised. The IoT is here to stay, and it’s important for federal IT managers to proactively tackle the security challenges it poses. Bills passed by federal and state legislators are a start, but they’re not enough to protect government networks against devices that weren’t designed with security top-of-mind. IoT security is something agencies need to take into their own hands. Managers must understand the risks and put processes, strategies, and tools in place to proactively mitigate threats caused by the IoT. Find the full article on Fifth Domain.
Share: 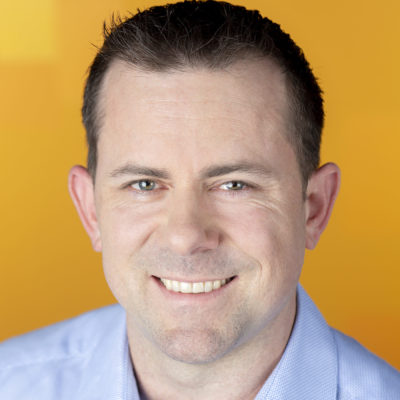 Thanks for stopping by! t.co/YutkzTznkM