To better combat software piracy, Microsoft introduced License Activation with Windows XP/Server 2003; however, activation was pretty much implied and automatic if you had volume license keys. When these keys, generated for individual organizations, inevitably leaked to the general public, Microsoft added activation on volume license keys with the release of Windows Vista / Server 2008. In the current incarnation of Activation, volume licensees have two choices for handling license activation: externally, just like all the retail customers do, and internally, with a key management server. As an end result, when a customer logs into the Volume Licensing portal at Microsoft, all their products (requiring activation) should present two types of license keys: MAK (multiple activation key) and KMS (key management server). This is relevant to the virtualization world because we not only use our favorite hypervisor to run Windows guests, we tend to do it for lots of them, leading us to decide which key should be used to activate a guest. And as with all options, there are pros and cons and a whole lot of “it depends” when seeking advice on the best option to select. Also, you’re at liberty to choose for every single guest in the environment; it’s not an all-or-nothing proposition. What fun! Rather than being an exhaustive resource on which licensing type to use, the intention of this article is to distill down some of the most salient pro/con points for both models, and (hopefully) bring some light to a subject that might just be a bit of a black box.

The first, most significant difference between the two types of keys is the location of the actual activation. MAK activation is confirmed with servers hosted by Microsoft. In the ideal scenario, this happens quickly via Internet connection. In other cases, an administrator calls into Microsoft with an activation request code and receives an activation code that must be manually input into the guest. Under KMS, one or more servers in your environment provide activation (via network) to your guests rather than from Microsoft. KMS activation, however, has an important caveat: Microsoft has established activation request minimums that must be met for the KMS server to function. In the case of Server OS, the minimum is five (5) unique requests; for Desktop OS, the minimum is twenty-five (25). Another big difference is what the keys can activate. In broad terms, a single KMS key server in the environment can simultaneously activate many different OS versions and editions, while a MAK typically works on only the version and edition for which it is generated. Next is the longevity of activation. In the case of the MAK, once the OS is activated, you’ll never have to activate it again. However, this is a broad generalization. Microsoft has a complicated and (mostly) undocumented algorithm for triggering re-activation requests. These usually only occur when large-scale hardware changes are made to the system, but for most virtual machine environments, this is a rare occurrence. A machine activated with KMS must periodically check in with the licensing server, even when there are no changes to the hardware, and renew its activation. The KMS check-in is also used to maintain the count of activated systems under the KMS server’s purview. If the threshold isn’t maintained, the KMS server stops (re)activating guests, and you start seeing non-compliance warnings in your environment. While the previous difference might immediately suggest that you use MAK for all instances, the final big difference between the two is found in key re-use limits. With MAK, there’s a fixed limit. With KMS, it’s essentially limitless. The fixed limit varies, and it’s based on the number of licenses acquired in the volume license when the key is being generated. For small environments, even with data center licensing for unmetered guest OS use, I commonly see keys with only 45 activations. Once that key’s activation count is reached, you must request new keys from the Volume Licensing Service Center. While MAK’s limitations might be fine in the infrastructure VMs, the activation limit makes it totally unsuitable for virtual desktop (VDI) environments using non-persistent desktop functionality because it’s far too easy to burn through the allotted activations in those environments.

Microsoft, of course, has plenty of information, guidelines, and recommendations for which licensing model you use. Personally, I find that they have too much information, and it’s hard to cut through it all to get a set of concrete recommendations. While I’m not able to speak with the authority of Microsoft itself, I’ll give the following advice and guidelines as a longtime VMware admin:
Share: 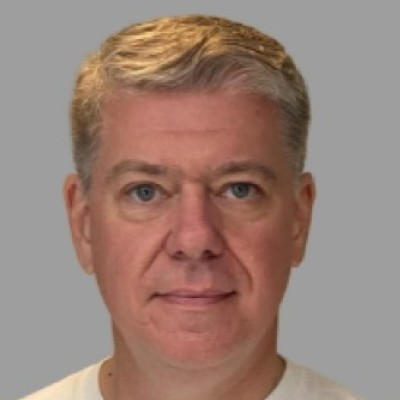 Great Advice on Monitoring Amazon RDS For MySQL From Datadog