Needle In a Hay Stack or Sword in a Straw Pile? I’ve spent countless hours trying to find the perfect tool for the job. In fact, I’ve spent more hours searching at times than I have doing the work. You’ve probably done that before. I hear a lot of people are the same way. I look at it as if I’m searching for that needle in a haystack. When I find it, I’m over the moon. But what about when it comes to our end-users? Do we trust them enough to locate that needle in the haystack when it comes to software that will enable them to perform their work? I'd venture to guess that in larger organizations the resounding answer is no! But why?

Let's use the media consumption application Elemedia Player as a working example. Now it's true that our end-users probably won't need Elemedia Player to get their job done, but the method behind what happened here is what I'm interested in discussing. On October 19, 2017, ESET Research reported that Elmedia Player had been briefly infected with the Proton malware strain. In fact, the developers of Elemedia Player, Eltima later reported on their blog that they were directly distributing the compromised software from their servers. In this case, the malware is delivered via the supply chain. Let's now put this in the perspective of our end-users. Imagine that an end-user shows up at work to find that their workstation doesn't have some set of software that they use at home. They feel comfortable using this software and decide to find it on the interwebs and download it themselves. They grab said software package and install it. Off to work! Another great day. However, in this instance, they have obtained a package that's infected with malware. It's now on your network. Your day has just gone downhill fast. You'll likely spend the rest of the day restoring a machine or two, trying to figure out how far the malware has spread, and second-guessing every control you've put in place. In fact, you may not even realize that there's malware on the network initially, and it could be days or weeks before the impact is realized.

Taking it to the Enterprise

Let's move this discussion to something more fitting for the enterprise. We've already discussed online file storage services in this series, but let's revisit that a bit. Imagine that we couple the delivery of malware packaged into an installer file along with the strong encryption that's performed by these online services and you can pretty much throw your visibility out the window. So here's the scenario. A user wants to share some files with a colleague. They grab a free Dropbox account and share some work stuff, some much, and some apps that they like, perhaps Elemedia Player with an infected installer. You can see where this is going. My point to all of this is that we have to provide the tools and prohibit the user from finding their own or things start to go off the rails. There's no way for us to provide security for our organization if our users are running amok on their own. They may not mean it, but it happens. In fact, this article written my Symantec discusses the very same idea. So instead of finding a needle in a haystack, we end up falling on a sword in a pile of straw.
Share: 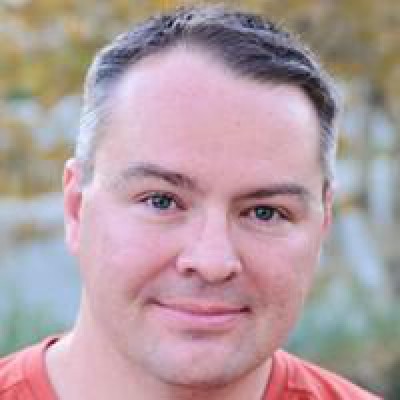 Brandon Carroll
First and foremost, Brandon Carroll is a Husband to his wonderful wife, a Dad (hopefully a good one)  to his awesome kids, and a lover…
Read more My Life as IT Code: Part Four – Exercise and Sandbox