How to Become a Microsoft MVP I've been a Microsoft MVP since 2003-2004. Over the years, the number one question on my personal FAQ is "How do I become a Microsoft MVP?" So, let’s answer that question now.

What is a Microsoft MVP?

The Most Valuable Professional (MVP) designation is a recognition of an independent individual's contribution to the wider community in support of a specific Microsoft technology. Note the emphasis on community, not technology. Microsoft thoroughly explains the entire program on their MVP overview page. In their words:

Microsoft Most Valuable Professionals, or MVPs, are technology experts who passionately share their knowledge with the community. They are always on the "bleeding edge" and have an unstoppable urge to get their hands on new, exciting technologies. They have very deep knowledge of Microsoft products and services, while also being able to bring together diverse platforms, products and solutions, to solve real world problems. MVPs make up a global community of over 4,000 technical experts and community leaders across 90 countries/regions and are driven by their passion, community spirit, and quest for knowledge. Above all and in addition to their amazing technical abilities, MVPs are always willing to help others - that's what sets them apart. MVP Aaron Bertrand and me at SQL Saturday Dublin in 2014

There are several benefits to being an MVP, such as an MSDN Universal subscription and access to very early product previews. However, my favorite benefit is access to the people you normally wouldn’t meet. You can talk directly with the Microsoft developers who work on your technology and the other MVPs in your award category. When you become an MVP, you can always say "I may not know the answer to your question, but I know someone who does." On the other hand, there are also responsibilities, such as the official MVP Code of Conduct, as well as non-disclosure agreements you must sign. It is very possible to lose the MVP credential if the awardee fails to meet the standard for ethics, professionalism, and discretion.

Tips for Becoming an MVP

So, back to the original question about how to become a Microsoft MVP. Read what Microsoft says, and then I'll add my own thoughts on the topic.

There are three very simple steps: Be an expert, do lots of what you love, and let us know! Really, there isn't a long checklist of things you need to do to become an MVP. The best MVPs really excel in step #2: they LOVE what they do. And we can tell! Whether you're a great speaker, have a talent in blogging, lead a top technical community, are a social media superstar, a top GitHub or StackOverflow contributor or have a totally different and cool way to share your passion for our products and services, we'd love to know more! MVP Regis Baccaro, now a Microsoft employee, with me at SQL Saturday Denmark in 2016

Now, let's parse the Microsoft wording to get to some specific and actionable information you can use on your mission to become an MVP.

This recommendation is not as stringent as you might think. In my opinion, this point means "be technically competent in your award category and find your niche, then spread the word." To further explain: Do Lots of What You Love

I can't emphasize enough the word lots. In the old days, when Support issues were the main motivation, there was a rumor that if you correctly answered fifty questions in the forum per week, you had a pretty good shot at an MVP accolade. Now keep in mind it’s only a rumor. But it’s also an indication of the amount of work it required to be competitive. Lately, though, most MVPs earn their position by virtue of frequent writing, speaking, and other public-facing activity. Today, I can tell you most MVPs I know do so much of their chosen award-related activities, they typically have to give up some other activity to make it all fit into their lives. They also spend relatively little time on simple leisure. In my case, I watch relatively little TV or sports. (And if I'm honest with myself, I don't spend as much time with my family as I'd like). Are MVPs workaholics? Perhaps. But even if there were no benchmark for how much activity is enough activity, consider the award from a competitive standpoint. The MVP accolade, by its very nature, represents the top X% of people actively working in your chosen award category. It’s very competitive getting unto the upper echelons of a given profession and others may out-compete you. It will likely require more than two activities per month, such as blog posts, YouTube videos, articles, Github projects, or event sessions. Microsoft does an excellent job of telling you there are many different ways to achieve MVP status. Take my former colleague and friend, Aaron Bertrand. Aaron is one of the earliest awardees and is among the most durable ever to receive the award. Back when Aaron started on this path, he mostly answered questions in the discussion forums. In fact, he answered so many questions, which were largely the same thing over and over again, that he created a website just to answer those frequent questions. He now moderates Database Administrators, a fantastic Stack Exchange Q&A forum for all things related to databases. Others, such as the inimitable Buck Woody, before his days as a Microsoft employee, received his award for frequent high-quality writing on a website called InformIT. Another former colleague of mine, John Martin, got his award for tirelessly speaking across the U.K. and Europe, as well as his leadership of the Southampton SQL Server user group jointly with his wife, Steph Martin. Chrissy LeMaire, a PowerShell MVP renowned among SQL Server DBAs for her scripting work at dbatools.io (along with many other contributors), received her award in 2015 due to her work evangelizing an open-source approach to code and her many scripts on GitHub and in the Microsoft Script Center. In my case, I was awarded the MVP nod at the end of 2003 for my work as a founder and president for PASS. So, toss the myth out the door that only speakers and bloggers get the MVP accolade. There are many ways to earn it.

Many people know Microsoft has a nomination process for the MVP award in which a Microsoft Full Time Employee (FTE) or a current Microsoft MVP must nominate you. That’s another reason you see MVP-wannabes speaking and participating at events—so they can meet current MVPs and Microsoft FTEs. Once you know someone who can nominate you, put together a document showing all your applicable activity. The more you have in the previous 12 months, the better your chances are. Here's a bit of added details for context: Some of my MVP Memorabilia

Here's one final recommendation. Are you guaranteed to receive the MVP award even after turning out a prodigious amount of blogging, conference sessions, books, videos, podcasts, or open-source code? Absolutely not. It's possible your content simply doesn't align with the motivations Microsoft has. For example, your activities might be relevant, but only to a tiny audience. Or it might merely be a case of being in the wrong place at the wrong time, metaphorically speaking. Microsoft deprecates technologies all the time. Silverlight anyone? It could be a case where your content focuses on something people inside of Microsoft know has a limited lifespan. And finally, there might not be any particular reason at all. It's their party, and they get to write the guest list. All of this also points back to why it's essential to get feedback and mentoring from other MVPs who can help you determine if you're on the right track or not.

I’ve given you a lot of details about the MVP program, including how to get a nomination and how to make the process as easy and effective as possible. Now, let’s summarize all those points: If you keep these three rules in mind, you might find yourself getting an email welcoming you to the Microsoft MVP program. Good luck and do good work!
Share: 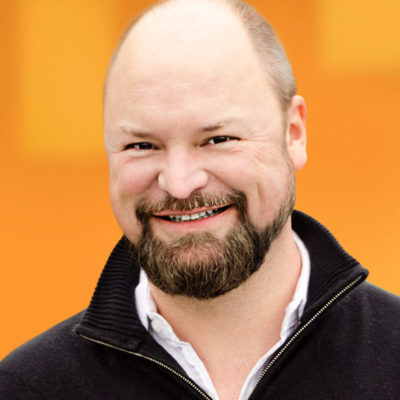