In the world of enterprise architecture, many parts of our daily conversations are taken for granted. We talk about virtualization, vMotion®, Storage vMotion, Replication, IOPS, and so very many other jargon-filled statements. We know these things, understand the concepts, and feel that our conversations amongst industry veterans can use these concepts without explanation. Even when we talk about these concepts at a higher level, we leverage many of these concepts with so many presumptions that to go back and describe some of the most basic of them are exercises we rarely have to perform. Sometimes, in my role as pre-sales evangelist, I find myself (as many of us do) in the unenviable position of explaining the concept of virtualization to people who have no basis on which to conceptualize it. Often, this is a conversation that arises on dates, with family, or chatting with the parents of friends. And, often, it’s an exercise in futility. I’ve been in this space since ESX® version 2, and, many times, I have struggled with explaining this in a way that this population can grasp. Simply using the oft-quoted phrase, “turning hardware into software” really doesn’t cut it. As I so often do, I usually relate the concept of virtualization to music—particularly, the evolution of how music has been consumed through the years. Forgive me for some of the obvious gaps in this explanation, like DAT, MiniDisc, etc, but here goes: Originally, we bought albums, 8-tracks, or cassettes. We were able to duplicate these media on cassettes, but we’d experience a degradation in sound quality. Then, along came compact discs (CDs). CDs (apologies to audiophiles who always, and still believe that the sound quality of this digital media never compared to their analogue counterpart, the LP) gave us perfect files with perfect consistency. CD player hardware evolved, and we were able to buy CD players that held many discs. I likened this concept to the ESX host, while the CD was analogized with the Virtual Machine. This worked because the disc itself was like a software version of the hardware, which was the physical version of the server. The analogy was physical to virtual (P2V). Of course, the difference was that these CD players were unable to play all the discs simultaneously. I point to this as a differentiation, but find the conversational leap not all that difficult to bridge. vMotion seems an easy concept to broach at this point, pointing out the assumption that many of the multi-disc changers are bound together in a “cluster.” And, from that point, the idea of migrating these to the cloud, makes for (again) an easy jump in the conversation. As time passed and technology advanced, I found that using the analogy of our MP3 players made the idea of hardware becoming software even easier, because virtualization novices were more able to visualize that the music itself was just files. This posting may seem rudimentary, but I find it to be an honest, real-world conversation that many of us find ourselves unable to perform adequately.
Share: 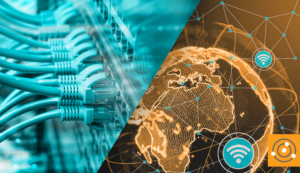 What If You Can’t Trace End-to-End?