When electric vehicles leapt out from the shadows and into the light of day, pundits and contrarians latched on to a perceived fatal flaw in their design: a limited range of travel on a single charge. It began in earnest with the Chevy Volt, which initially offered around 40 miles of range when operating in all-electric mode.

EV makers persisted, and today we have EVs with ranges equal to or greater than their gas-powered predecessors. And if your trip takes you beyond the range of a single charge, there’s a growing network of charging stations to get you where you’re going. Range anxiety is dead. Right? Maybe not, as you’ll still find columns devoted to the topic on autoblogs, especially those that cozy up to the ICE makers of the world. But the debate is over; only tribalism keeps it alive. Sound familiar? It should. The same anxiety surrounds cloud computing.

“Cloud is just someone else’s computer!” “You lose control over everything in the cloud!” “My mainframe has been doing just fine for the last 30 years!”

In the meantime, cloud service providers kept innovating and improving upon their services. They engaged in an ambitious public relations campaign to educate IT professionals on how to manage cloud solutions. And they won major contracts in the federal IT space for cloud that solidified their ability to deliver massive, secure services to sensitive customers like the CIA. The debate is over, but cloud anxiety lingers. Why? It’s easy to throw out words like tribalism and intransigence and stubbornness when talking about change-related anxiety. But these terms serve only to push us to our pre-selected corner; these are not words of unification, they’re words of division. The reason for any change-related anxiety is evolutionary: humans prefer the known over the unknown. Once you’ve acquired a decade or more experience managing on-premises solutions, your comfort is in continuing to do what you’ve been doing. The thought of drastic change, such as changing your delivery model to hybrid of bi-modal IT, represents the unknown. And when faced with that uncertainty, we start creating reasons to not embrace change. This is where all the “I think the old way’s better” thinking comes into play. It boils down to this: people are afraid of change until they understand how that change will affect them on a personal level. IT operations staff have been led to believe that their profession is about to be made obsolete by cloud. DBA, vSphere admins, and hardware geeks have heard a thousand times: your job won’t be around in n years’ time, where n is a short time between two and six years. The result is that these IT workers develop a general sense of uneasiness about cloud computing, and for good reason: they believe it’s here to take their jobs away. But let's switch back to the EV analogy a moment. Now that every car manufacturer has announced plans to electrify their line-ups in the coming years, grease monkeys of the world have a choice: either embrace the incoming influx of EV service needs and prepare to fix a new class of vehicle, or stick with your skillset and spend the rest of your career supporting legacy vehicles that run on gas. The same holds true for IT: cloud is coming. The question is, will you embrace that eventuality and prepare yourself to support a cloud-based future, or will you stick with the comfort of your on-prem IT and support legacy for the remainder of your career?
Share: 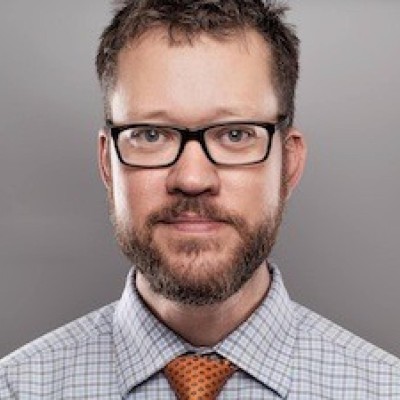 Michael Stump
Mike has supported IT infrastructure and messaging services for 19 years for a variety of public and private sector enterprises. He has also held many…
Read more Intelligent Automation for the IT Service Desk