My Journey in IT

<Memory fade in…> It’s 2010 and I’m at a furniture store doing office administration. I love the people I work with and I find satisfaction in my job daily by solving problems and helping people. I have no idea how much my life is going to change in one year. I’m 23, have a newborn, and have no idea what I want to do with my life. In late 2010, this company—where I had ambitions of rising through the ranks and had, in fact, just scheduled an interview for position I hoped to be promoted into—announced bankruptcy. What the heck? The store closed its doors for the last time in January of 2011, and I had no idea what I was going to do. I hadn’t quite figured out life yet or planned for the future. One month on unemployment later, I get a call. Brace yourselves for some nepotism, y’all! My brother-in-law worked in sales at a tech startup and wanted me to talk to an engineer about doing some work with SolarWinds software. He was confident in my abilities and encouraged me to give it a chance. I had numerous concerns, but what did I have to lose? That engineer took a chance on me, and I took a chance on both a startup and a new-to-me industry. I ended up working there for the next nine years. The leap into tech (with no previous experience other than I really love video games and computers, mind you) was both terrifying and rewarding. By the second or third week, I was teaching others how to do admin tasks in NPM. How had I come to learn such things so quickly? You can probably guess—THWACK. This community saved me! I asked (and eventually began answering) loads of questions here and learned along the way. Within about six months, I was named a THWACK MVP. Let me tell you, it’s still one of my favorite and proudest accomplishments. Flash forward a few years and the “startup” has grown exponentially. By now, you may have guessed the startup I refer to is Loop1 Systems, Inc. I was leading a team of engineers with many years of experience in various sections of IT in optimizing and assisting with SolarWinds environments. I’ve spent years working in hundreds of environments, large and small, in many disparate industries, helping boots-on-the-ground IT pros optimize their monitoring. Every time I heard someone say they were able to get quality actionable data which saved the day—or simply saved them 10 minutes—I felt excited. If I was involved in the process, I felt satisfaction and pride in what small way I contributed to success; if I wasn’t involved, I liked to give kudos to those who made it possible and then sought to understand the entirety of the situation to carry the knowledge forward. Over those nine years, my desire to learn and grow was never satiated, and even now I continue to expand my repertoire by immersing myself in tech every day. Which sort of explains why I pursued becoming a Head Geek, but not completely.

News Flash: I Didn’t Know I Wanted to Be a Head Geek.

Why not? The answer’s silly. Even though I had personally met and spoken to many of the Head Geeks during their tenures, it didn’t seem like a “real” job. To me, the Head Geek role is almost mythical and certainly legendary. A job where you get paid to visit with people all day, share your experienced opinions, and hang out on social media? It seemed unreal and out of reach. I started talking to current and former Head Geeks and a whole host of other people I’m proud to call my support system (family, friends, coworkers, etc.) about the opportunity. Only about half of those people are even in IT in any capacity, so it was a LOT of explaining on my part to solicit advice. I received advice and encouragement in many forms from all the wonderful people I know. My support system reminded me of all I’ve accomplished thus far and helped bring me back around to the notion that I can do anything I put my mind to. The interview and application process, by nature, requires you to rehash all your accomplishments and reminds you to think about your failures as well and what you learned from those. During this process, I came to realize Head Geeks aren’t just storytellers, bloggers, and personalities but people who get to use their experiences and knowledge to affect change in IT. Whether it be simply vocalizing a different perspective or sharing opinions and ideas with the world or opening a dialogue with the various communities in IT, Head Geeks have a platform to tell the stories of the IT pro. That is powerful in a way which speaks to me as an individual. People who share experiences both real and theoretical in a meaningful way which makes IT make sense to anyone. I want to do that. I’m still blown away that I get to claim this role now. Me! Someone who still feels like she doesn’t know enough! I’m beyond excited to transition from my role as a SolarWinds fangirl/THWACK MVP to a real-life Head Geek. I endeavor to continue to learn and grow and share knowledge and all my experience working in hundreds of different environments to the fore. I get to continue being excited when monitoring saves the day and the bacon!

Never stop learning. Tech is constantly evolving and revolutionizing the ideas of what we think tech is. Drive yourself forward and look for help along the way. This community is a testament to what we can do together if we’re kind and helpful to each other. Occasionally, look back at what you’ve achieved thus far. Remember your successes, but also your failures and how you grew from them. The path behind you can remind you what you’re capable of and give you the confidence to pursue something meaningful to you. Go for it!
Share: 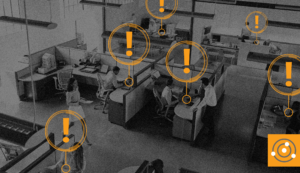